Cora was elected to the Janus branch triumvirate at the age of twenty-three for winning the Nobel prize in art. She soon had gotten her other two collegues in the triumvirate to quit, and disallowed new appointments, giving her complete dominance over the branch. However, her son, Jonah, reported her for this after the Clue hunt, causing her to be forced from her position.

Cora, on the surface, appears to be a carefree artist, who loves what she does. But deep down inside, she's ruthless, cold, and calculating, willing to do anything to get what she wants. 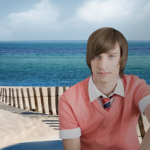